Sea to Ski property management was conceived from the concept that property owners should be able to expect a premier level of service when managing their home. Our objective is to offer the best possible service whether you are here enjoying your property or away from it– 24 hours a day, 7 days a week. Your home is your haven and your asset – Sea to Ski will give it the level of care that it deserves. We pride oursleves in knowing each of the properties and want our owners to feel we treat it like our own. 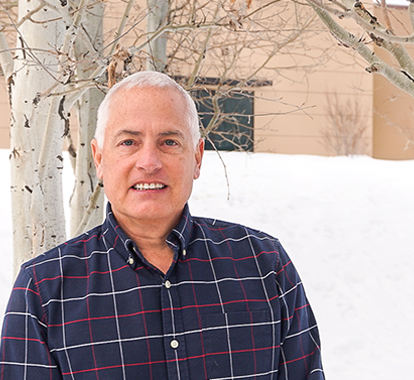 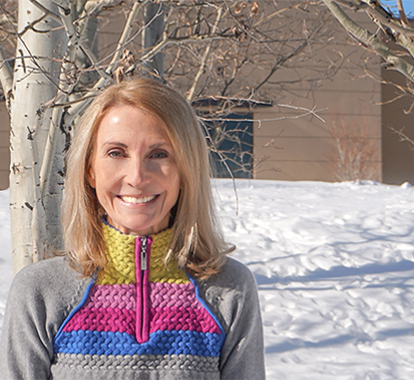 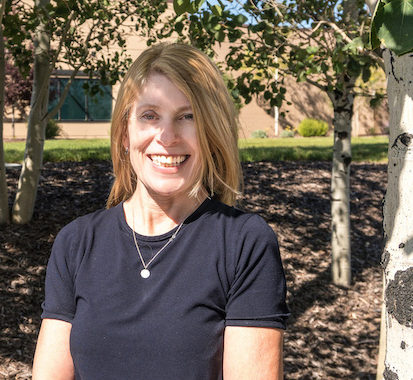 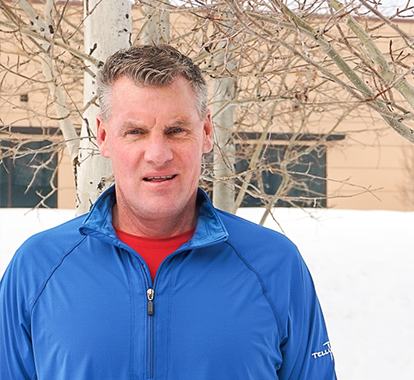 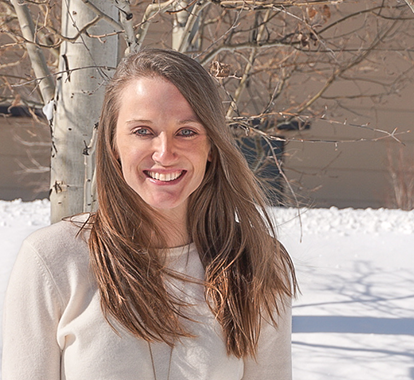 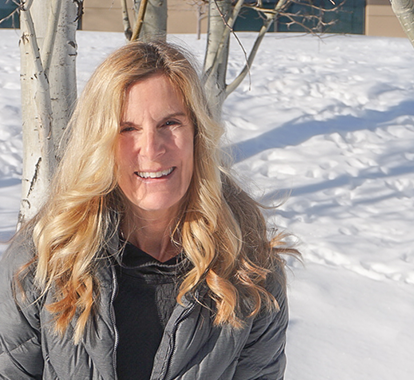 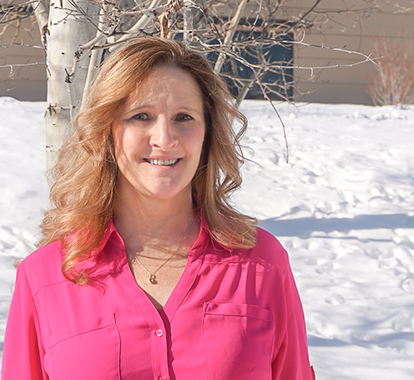 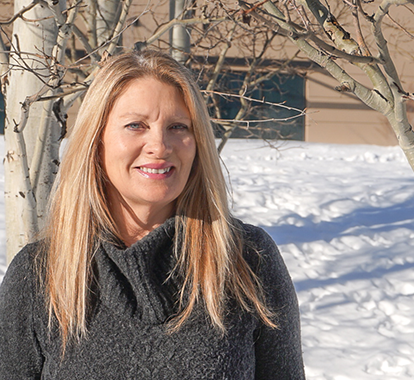 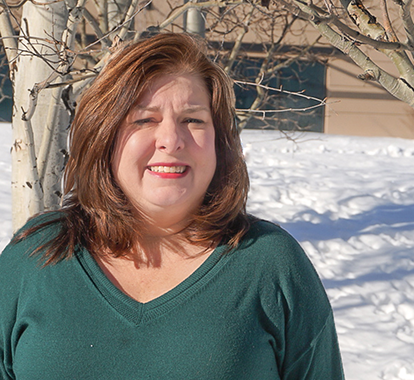 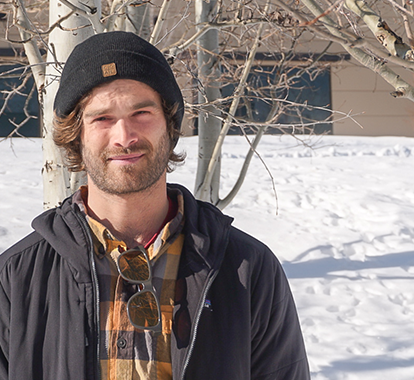 A native of Seattle, Charlie attended and graduated from the University of Washington in 1985. During his high school and college years, Charlie spent his summers working at Maskell-Robbins which was an industrial pipe distribution company started by his father in 1975. After graduating from U of W, Charlie decided to make Maskell-Robbins his full time career.

Starting as a shop hand and field technician, Charlie worked his way through the ranks of the organization, where he became president of the company in 1998. During his tenure at Maskell-Robbins, Charlie helped the business become the nation’s largest distributor of HDPE pipe, while maintaining the largest rental fleet of HDPE welding equipment in North America.

In the Spring of 2004, Charlie received his MBA at the University of Washington’s Executive MBA program and then teamed up with Dolphin Capital Group, a private equity firm based in Park City, Utah (www.dolphincapitalgroup.com) to launch Sea to Ski Premier Home Management (www.seatoski.com)

Since the inception of the Park City operation, Sea to Ski has grown to additional locations in Telluride, Colorado; Sun Valley, Idaho; and looks to expand throughout resort communities in the Intermountain West and coastal communities of the Western U.S.

Charlie is married to his best friend and wife, Maura. They have two wonderful adult children, Allison and Cole.

Maura directs and oversees account billing for Sea to Ski Properties including all accounts payable/receivable, planning budgets and payroll. In 1987, she graduated with a degree in Business Administration from Washington State University.

Prior to launching Sea to Ski with her husband Charlie, Maura previously worked in stock brokerage, as well as the travel and mortgage industries while living in Seattle, Washington.

The love for the outdoors brought the Robbins family to Park City. When not in the office, Maura is probably hiking, skiing the slopes at Deer Valley or Park City, or traveling.

Tierney joined Sea to Ski in 2006. She is a managing partner in the company, charged with overseeing client relations, concierge, and housekeeping.

Tierney received a Bachelor of Arts from the University of Wisconsin, Eau Claire and grew up in a small town near Madison, WI.

A longtime resident of Park City, Tierney raised her only son here, Matt, who is a recent graduate of UCLA. She loves the outdoor life that is quintessential to Park City and cannot imagine being anywhere else!

Scott Benson joined Sea to Ski Properties as a managing partner in July 2007, after a long career in Sales Management with Kraft Foods. Scott is primarily responsible for business development, daily operations, maintenance, and account management. “My passion is building strong relationships around quality products and services. We hope to create an exceptional service experience for Sea to Ski  clients that will provide value for years to come.”

When not managing properties, Scott is an avid golfer, skier, and hockey player. Scott has lived in Park City, Utah for many years with his wife and two children. While Park City has been become home, Scott still remains loyal to the Green Bay Packers and Wisconsin Badgers. Scott is a graduate of DePauw University in Greencastle, Indiana.

Originally from Upstate New York, Molly developed a lifelong passion for mountain adventure; beginning in the Adirondacks. She received a Bachelor of Science in Public Communications and Community Development from the University of Vermont in 2010. She has cultivated a progressive career path, with a focus in the service industry, including experience in outdoor recreation and dynamic event services. Molly joined the Sea to Ski team in early 2017 and has since created a role for herself implementing systems that support company development, as well as managing communications, employee resources, and benefits.

Outside of work, you can usually find Molly skiing, climbing, mountain biking, and adventuring around the Wasatch and beyond.

Deborah has a degree in Business Management and Accounting. Before joining Above and Beyond in February 2011 (the company was then acquired by Sea to Ski in 2015), she worked for more than 25 years as a bookkeeper. Deborah has three kids and several grandchildren. She enjoys interior design, gardening, and reading a good book. Deborah’s most precious moments are those she spends with her family.

Kathy is a longtime resident of Park City, where she and her husband have raised their two daughters. Kathy has worked with Sea to Ski since 2007. She provides exceptional personal home management, cleaning, and concierge services to Sea to Ski clients, whom she truly believes are the best clientele in Park City. Outside of work, you can find Kathy hiking, skiing, or playing tennis with friends.

Susan moved to Park City from St. Louis in 1994 and raised three children here. During their school years, she volunteered with the Park City School District and some of the many wonderful non-profit organizations in town.

Susan has long worked for Deer Valley Resort, which has provided an extensive background in exceptional customer service that she brings to her work with Sea to Ski clients. Her role as Personal Home Manager brings her to inspect client homes on a weekly basis, ensuring that all of the love and pride a client has put into their home is meticulously maintained and ready to enjoy when they arrive back in Utah.

During her free time, Susan enjoys skiing, mountain biking, hiking and kayaking in and around Park City.

Personal Home Manager
Mary is a longtime resident of Park City and was a dedicated volunteer with Park City schools and tutored children in reading and math, all while organizing and successfully raising four amazing children. In addition to devoting time to her family, before joining Sea to Ski, she managed a busy dental office, and worked for a local catering company. She also continues to be involved with her husband in owning and maintaining private and commercial rental properties in Hawaii and Park City.

Mary is a committed and enthusiastic member of the Sea to Ski team. She works hard to provide attentive and outstanding service as a Personal Home Manager, as well as assisting with the needs and maintenance of the homes entrusted to our care.

When she’s not working, Mary is hiking and biking the beautiful trails in Park City. In the winter, when she is not swiss bobbing, she wears fuzzy socks, sits by a warm fire and quilts.

Vanette joined Sea to Ski in late 2015 and brings her friendly demeanor and enthusiastic personality to an already skillful property management company. She comes from a family entrenched in the local real estate industry and has 16 years of experience herself. She continuously strives to make her presence known to clients by displaying her attention to detail and overall respect for the client’s properties.

Vanette is one of few remaining who grew up in the Park City area having been part of a family legacy that helped mold the future of this exciting summer and winter wonderland. Her family’s legacy extends back to the late 1940’s when her grandparents settled their ranching operation in the Snyderville Basin on several hundred acres.

Vanette has a Bachelors of Arts degree in English from the University of Utah and an even more impressive degree in raising four active boys with her husband through football, lacrosse, and skiing. She likes to travel and enjoys the outdoors; having hiked, biked and skied most of the mountains and valleys in the Park City area.

Originally from Washington, Teri grew up in the Montana countryside. She has extensive experience in retail management, beginning in Montana, then in Jackson Hole, and finally, on Main Street, Park City. Teri joined the Sea to Ski team in May 2018, with 5 years experience in the field of property management, previously overseeing a condominium building and HOA on Empire Pass. She will support and continue to develop the company’s HOA management division, acting as liaison to board members and owners. During the summer months, Teri is an active volunteer with Park Silly Sunday Market.

Born and raised in Park City, Matt has spent the majority of his life in this beautiful town. He joined the Sea to Ski maintenance team in May 2018. Prior to Sea to Ski, Matt received his Bachelor’s degree in Psychology at the University of Utah. His passions are mountain biking and skiing, which make Park City his ideal place.

A native to Summit County, Rachel quickly caught on to the booming hospitality industry of Park City and did not hesitate to jump right in. She has spent the last several years growing her knowledge of home/rental management and member services throughout the community, prior to joining Sea to Ski in spring of 2018. As a Personal Home Manager and Concierge, Rachel is ready to make your time in your home as relaxing and memorable as possible.

Outside of the office, you’ll likely find her in the surrounding mountains or deep in the desert exploring all Utah has to offer with her pup and loved ones.

Ty Smith has been a resident of Park City since he was born. He enjoys being an active community member in Park City and has throughout his life, only leaving for a short time to study architecture and interior design in Santa Barbara, CA. He returned to Park City to enjoy the active lifestyle his beloved hometown has to offer. Ty has grown up working around real estate and development and became a Realtor® in 2010. He then started working as a Realtor with The Colony at White Pine Canyon, where he got to show some of Park City’s most beautiful real estate on skis. Ty began to manage a few of his clients’ homes, which then sparked a career in property management. Ty joined the Sea to Ski team in the spring of 2019. He loves working for Sea to Ski and is happy to be part of it’s hard working team!

Katelyn grew up in Park City and went to school for graphic design at Utah State University. She has a background working in photography, hospitality, and the travel industry. Katelyn joined the Sea to Ski team in the fall of 2019. She takes pride in her work and her attention to detail, which she applies as a Personal Home Manager. She spends her free time traveling, taking pictures, snowboarding, and exploring the outdoors.

Jill is a native of Utah and has been a resident of Park City since 2008. She joined Sea to Ski in the summer of 2020. She has been on the management team for 18 years with the Deer Valley Jazz Festival and the Park City Food & Wine Festival. Jill owns an event and catering  business and brings vast experience to Park City in the Restaurant & Hospitality industry.

She is a former flight attendant with over 20 years with the airlines. Her motto in life, “First Class Service with a First Class Attitude”. Jill comes from a family who built large custom homes, so she appreciates quality and has amazing attention to detail within her clients’ homes. If you have a desire for something, ask Jill, she will make it happen.